World Day for Cultural Diversity for Dialogue and Development 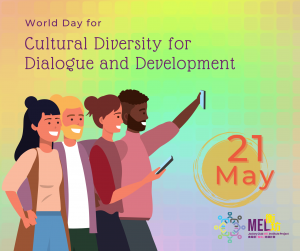 According to a report conducted by the Census and Statistics Department in 2016, around 8% of the Hong Kong population are non-Chinese. ??‍???‍???‍???‍? Let’s show support, love and care to people of different race and cultures on the World Day for Cultural Diversity for Dialogue and Development.  ?️

Check out the Day here: https://www.un.org/en/observances/cultural-diversity-day